Councillor Steve Clarke and Charlie Bolton would now like to hear peoples experiences of living in the existing Southville and Bedminster East RPS zones, so if you have a spare minute or two, please complete the survey

We are particularly interested in specific issues you think need addressing (question 1), but also the more general 'how is it for you' question.
Posted by Unknown at 05:39 No comments:

So here are the results of the RPS survey we have carried out. Please note, it is split into three.

We have carried out a paper survey on the area bound by North St, Ashton,  Smythe Road and Duckmoor Road - this is the area under the heading 'Ashton'. (Yes, I know it isn't all of Ashton, but it is the part of Ashton in the Southville ward closest to North St, and will correspond). This group also includes any on-line results for the same streets.

3. Total of all responses


Q1 What has the impact of RPS in Southville been?

Q2 Assuming RPS is here to stay, do you want it extended?

1. Clearly people could have completed both on-line and paper versions of the survey
2. I am a Green Party councillor, so there may be a systematic statistical bias in the nature of those choosing to respond. Having said that, the door to door results are pretty similar to the on line ones.
3. There is an assumption built in to Q2 that RPS is here to stay. A number of respondents would like it out altogether, including some who said 'Yes' to extending it.

It is obvious that there is now  big parking problem in Ashton (and Bedminster). The commuters who used to park in Southville have just shifted over the other side of North St. There are suspicions of 'Southville second cars' being left in Ashton. Shoppers now use Ashton. There are problems with dangerous parking on street corners, blocking dropped kerbs. There are problems with dropped kerbs to peoples drives being blocked. Parents are concerned about safety.

More controversially, a number of residents have raised concerns about match day parking. I say this because I am aware of some residents who regard this as part of living near a football ground. Others regard it as totally unacceptable.

A majority of those completing the survey wish - with varying levels of reluctance (and subject to the above health warnings) - to see it extended to the Ashton side of North St.

If you look at the street by street breakdown, this is weighted towards the terraced streets adjacent to North St. It maybe that any such change should only include these streets.

As a result of this, Councillor Clarke and I will raise this issue with the mayor, the service director for Transport, within the neighbourhood partnership and possibly mayoral candidates. We will ask that the council implement a process which will result in an investigation into the extension of residents parking into Ashton.

This might be an extension of the existing zone, or a new zone. We further believe such a consultation should be done and the zone implemented with residents consent.

We are not councillors for the Bedminster ward, but we strongly suspect the same issues extend to Bedminster, and any such review be carried out there as well. 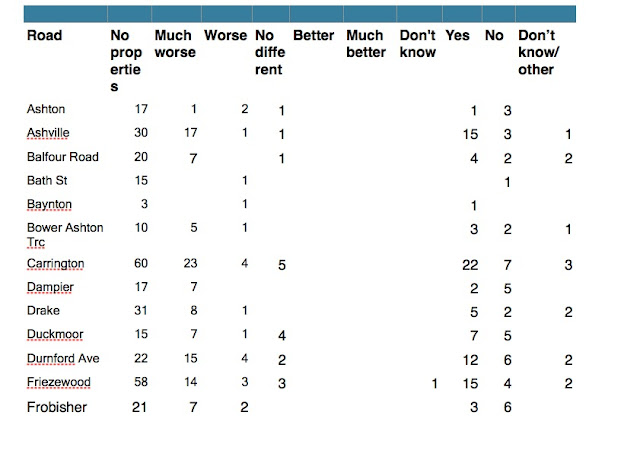 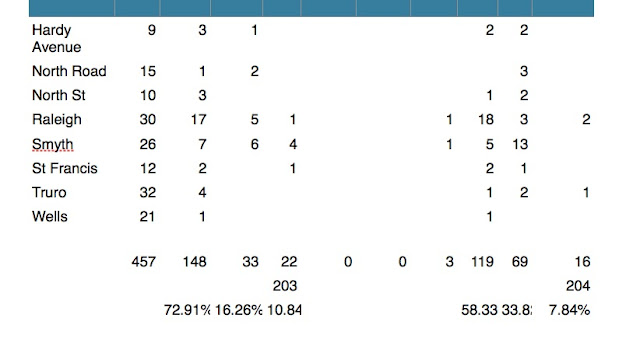 RPS and parking on kerbs letter

As one of the ward councillors for Southville, I was interested to see your article suggesting residents parking may be causing bad parking in Bristol. I have to say, I could make an equal case for a lack of RPZ having just such an effect.

We have had RPZ implemented in Southville recently. The streets are much clearer during the day, although just as full, possibly even fuller, in the evenings.

I used to regularly see cars parked in Southville which went close corners, or even blocked dropped kerbs. I am aware of one highly respected member of the local community who had to push a family member in a wheelchair down the road because the path was blocked. I have been told of people in wheelchairs who reached a blocked dropped-kerb, and simply had to turn around and go home because they were just stuck.

While that problem has predominately gone in Southville, it has become a much bigger issue in the other end of the Southville ward. Ashton – which was excluded from the RPZ rollout – now gets all of the commuter parking that Southville used to get. I have been surveying the area recently to investigate the impact on Ashton, and have both been told – and seen for myself – blocked kerbs, blocked drives and corners which have cars on them. They have the problem that Southville used to have.

Indeed I have spoken to parents living in Ashton who are now worried about the safety of their children. It makes it much harder to teach road sense when you struggle to actually get to the road.